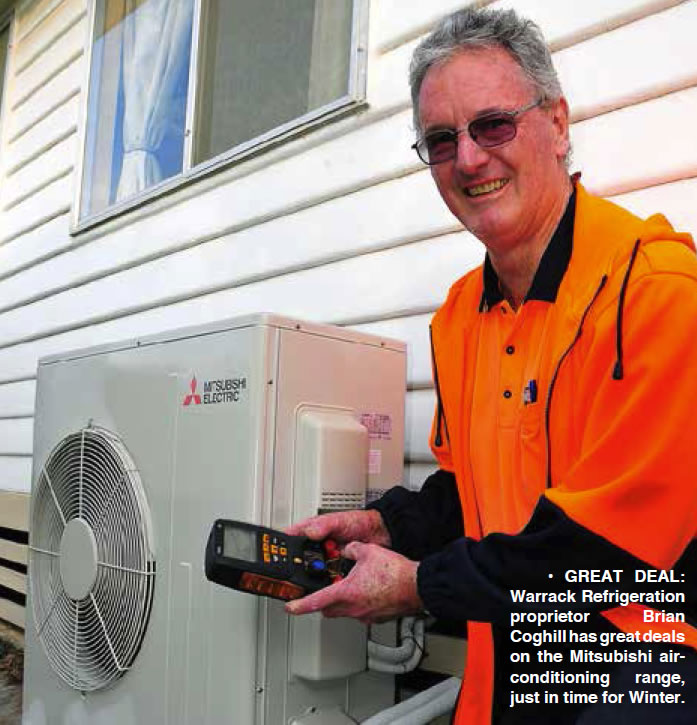 Decades of refrigeration service to the district

Decades of refrigeration service to the district Warrack Refrigeration and Air-conditioning started out as Christian Engineering, which traded for many years originally from the original business premises in 26 Woolcock St Warracknabeal (Now Fagan Auto).

Taking over from district identity and engineer Ralph Christian (since deceased) in 1983, Brian and Janet Coghill in partnership with Trevor and Kaye Blackley, later relocated the business to the corner of Scott and Lyle streets (a former service station), along with a name change from Christian Engineering to the present business name.

When Trevor and Kaye left for Bendigo, the business moved again in 1989 to the Henty Highway, as a partnership between Brian and his wife Janet, working from home. In 2000 they moved residence from Henty Hwy to 3 Phillips St Warracknabeal, purchasing the late Des Naylor’s home offices (Naylor Agencies is still in operation in Scott St). In June 2000 the business was still being run from a shed at the Henty Highway property.

In November 2005 the Coghill’s purchased what was the K.R. & D.M. Newell joinery remises and relocated to their current location at 5 – 7 Phillips St. Long standing staff member Russell Brown, a qualified refrigeration mechanic started working for Warrack Refrigeration in April 2001 (but with a short break in 2008 to try farming), he returned in 2009 and is still with the team.

Callum Zanker, son of local electrician Phil and Kylie Zanker, started an apprenticeship with Warrack Refrigeration in January 2016 and is currently in his second year of learning the trade. The business continues to service a broad region throughout the Wimmera/Mallee with specialist commercial and domestic air-conditioning and refrigeration installation, sales, service and parts for a wide range of manufacturers.